Streaky Knicks aim to end slide in clash with Cavaliers 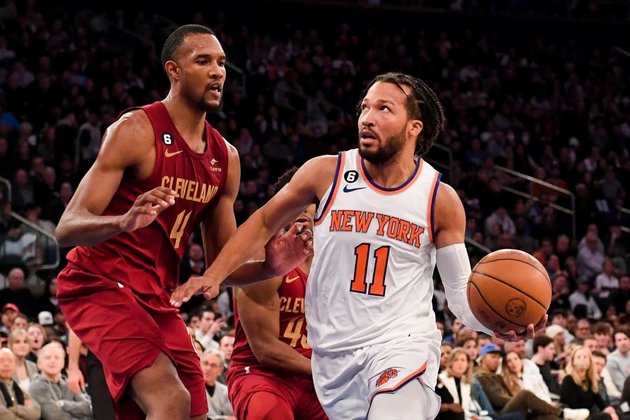 In the past month, the New York Knicks are living the life of an extremely streaky team.

The Knicks enjoyed the highs of a captivating eight-game winning streak along with a four-game run.

You are reading: Streaky Knicks aim to end slide in clash with Cavaliers

The Knicks also endured a five-game slide and take a four-game skid into Tuesday’s visit from the Cleveland Cavaliers.

Since falling to 10-13 with a 121-100 home loss to the Dallas Mavericks on Dec. 3, the Knicks are 15-10 in their past 25 games — but how they have reached five games over .500 since then is a streaky display. After the loss to Dallas, the Knicks began an eight-game run with a 92-81 home win over Cleveland on Dec. 4 before starting a five-game skid with a seven-point home loss to the Toronto Raptors on Dec. 21.

The five-game skid ended with a 20-point win in Houston on Dec. 31 and was followed by a four-game winning streak and a run of seven wins in eight games. Since a 117-104 win at Detroit on Jan. 15, the Knicks have dropped four straight by an average of 9.3 points.

The last two losses have come without defensive-minded center Mitchell Robinson, who injured his thumb early in Wednesday’s wire-to-wire 116-105 loss to Washington. In two games without him, the Knicks endured a 139-124 loss at the Atlanta Hawks on Friday and a 125-116 loss in Toronto two nights later to waste a 30-point showing from RJ Barrett.

In Toronto, the Knicks allowed 37 points in the first quarter. It marked the third straight game New York allowed at least 35 points in the opening quarter and occurred after it allowed the Hawks to shoot 56 percent.

“No one’s coming to rescue us,” New York coach Tom Thibodeau said. “We have to rescue ourselves.”

The Knicks can rescue themselves by playing better at home as they hold the dubious distinction of being the only team with a winning record that has a losing record at home. New York is 11-13 at home but just 3-6 in its past nine, including blowing a 10-point lead in an overtime loss to Toronto on Jan. 16 and a 17-point lead to the Milwaukee Bucks on Jan. 9.

“It’s on us to be better,” New York guard Jalen Brunson.

Cleveland seems likely to get Donovan Mitchell back from a left groin strain after he missed the past three games. Mitchell tweaked his groin Jan. 16 against New Orleans but practiced fully Monday, a sign that he could return against the Knicks, whom he scored 38 against Oct. 30 in Cleveland.

The Cavaliers improved to 3-5 without Mitchell by getting a big night from Evan Mobley in Saturday’s 114-102 win over visiting Milwaukee. Mobley scored a career-high 38 points on 19-of-27 shooting without making a 3-pointer or a free throw.

“That’s exactly what we want to see,” Cleveland guard Darius Garland said. “Him being aggressive. Him just finding his pocket and doing what he does best. I would love to see that every night.”

Mobley reached double-digits for the ninth straight game and also scored 14 points in the fourth quarter.

“It was just one of those days,” Mobley said. “I definitely always have that confidence in myself to go out and do these types of things.”

If Mitchell returns, Caris LeVert would slide back into his reserve role after scoring 58 points and handing out 15 assists in three games in Mitchell’s place.

Therapist shares parenting tip we can learn from dogs