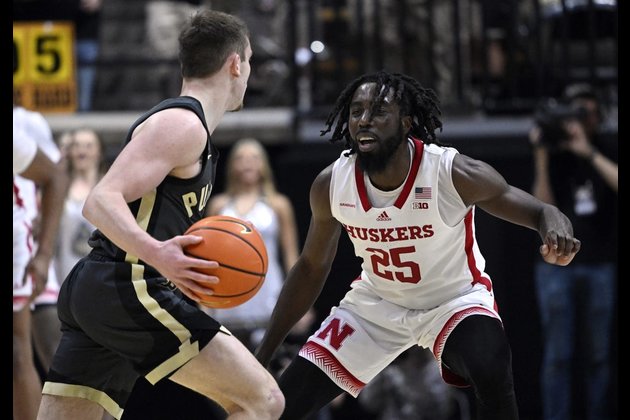 Bandoumel was injured Saturday in the Cornhuskers’ 76-65 loss to Penn State. His knee buckled while he was driving to the basket.

“I am heartbroken for Emmanuel to have his college career end this way,” Hoiberg said in a statement. “I’ve said all season that Emmanuel is one of the best defenders in the country, and he impacts the game in so many ways beyond the measurables.”

Bandoumel is the second starter the Cornhuskers have lost for the year in as many weeks. Forward Juwan Gary was ruled out for the season last Thursday with a left shoulder injury.

A transfer from SMU, the Quebec City, Canada native started all 20 games for Nebraska this season and averaged 8.4 points along with career highs in rebounds (4.8) and assists (2.3) per game. In 100 college games (88 starts), he averaged 8.8 points, 3.5 rebounds and 1.6 assists per contest.

Nebraska (10-10, 3-6 Big Ten) has lost three of its last four games and will host Northwestern on Wednesday.