Kasparov good at chess, but otherwise an idiot Elon Musk 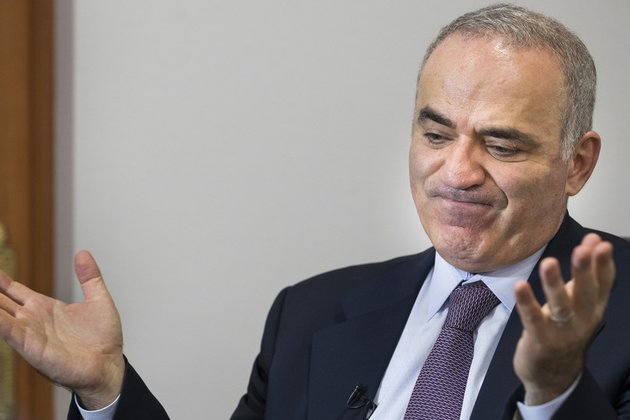 SpaceX and Tesla CEO Elon Musk has called Garry Kasparov “an idiot,” after the chess grandmaster and notorious Kremlin critic condemned Musk’s peace plan for Ukraine. Kasparov claimed that fighting Russia is worth the risk of nuclear war.

You are reading: Kasparov good at chess, but otherwise an idiot Elon Musk

Speaking to CNBC on Monday, Kasparov condemned “people sitting in the comfort of their mansions in Silicon Valley telling Ukraine how to conduct [its] own affairs,” clarifying a moment later that he was referring to “many” people, “starting with Elon Musk.”

Kasparov, a veteran critic of Russian President Vladimir Putin, told the US broadcaster that calls for a negotiated settlement to the Ukraine conflict are “moral idiocy.” Acknowledging that “yes, there is a potential threat of nuclear war,” Kasparov argued that the West should nevertheless refuse to accept any peace deal between Moscow and Kiev.

Posting on Twitter shortly after the interview, Musk was dismissive of Kasparov’s argument. “While it’s true that Kasparov is almost as good at playing chess as my iPhone,” the billionaire wrote, “he is otherwise an idiot.”

Musk and Kasparov have sparred before. The former world chess champion accused Musk of spreading “Kremlin propaganda” earlier this month, after the Tesla tycoon suggested that Ukraine abandon its claim to the Russian territory of Crimea in exchange for peace with Moscow. Under Musk’s plan, referendums would be held again in four territories that recently voted to join Russia, this time with UN supervision.

At the time, Musk reminded Kasparov that SpaceX had donated Starlink internet terminals worth $80 million to Ukraine, asking Kasparov what he had done “besides tweet.”

Musk would later threaten to pull Ukraine’s Starlink access unless the US government picked up the tab, before backtracking and agreeing to continue providing the service for free.