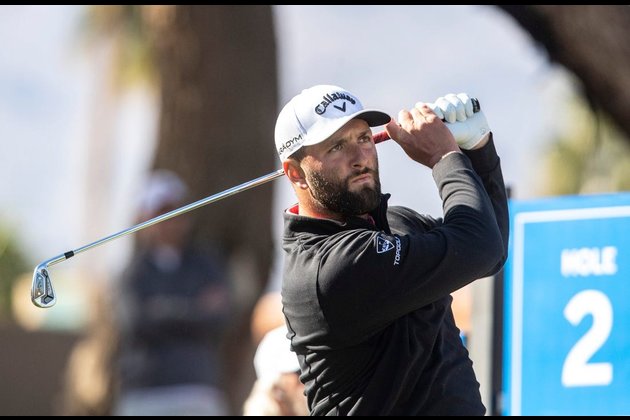 Readmore : Prince Harry hair transformation: is this the secret to the Duke of Sussex’s new hair?

NOTES: This is the 13th of 44 FedEx Cup tournaments during the regular season. It will begin Wednesday and is the only event on tour with a Saturday finish. … Rahm only moved up one spot, to No. 3, in the Official World Golf Ranking with his fourth win over his past six starts on Sunday, but he does lead the FedEx Cup standings for the first time in his career. He’s trying to become the first player to win three consecutive starts on the PGA Tour since Dustin Johnson in 2016-17, and he holds the longest active streak on tour with 21 consecutive made cuts. … Lanto Griffin is making his first start on the PGA Tour since undergoing back surgery after the John Deere Classic last summer. … Five-time tour winner J.B. Holmes (back) is making his first start since the 2021 Fortinet Championship. He is competing on a Major Medical Extension and has 26 starts available to earn 288.816 FedEx Cup points to retain his tour card. … Tiger Woods holds the event scoring record of 22-under 266 in 1999, while Brandt Snedeker set the 18-hole record of 11-under 61 in 2007.

BEST BETS: Rahm (450 at BetMGM) has won his first two starts to open 2023 and has finished no worse than T4 in his past six starts worldwide. He has also won the Farmers (2017) and a U.S. Open at Torrey Pines (2021) and has finished T5-2-T7-T3 in the past four Farmers. Rahm’s 69.29 scoring average is the second lowest behind only Woods’ 69.28 since the event moved to Torrey Pines in 1968. … Tony Finau (1200) is coming off a T16 – his eighth top-20 in his past 10 starts, which includes three wins. … Xander Schauffele (1200) is coming off a T3 at The American Express and is the second-highest ranked player in the field at No. 6. … Collin Morikawa (1400) tees it up for the first time since at runner-up to Rahm in the Tournament of Champions. … Will Zalatoris (1600) lost in a playoff to List last year for his second consecutive top-10 finish at Torrey Pines. … Taylor Montgomery (2500) continues to post strong results in his rookie season. His solo fifth last week was his second top-5 result and Montgomery has posted eight top-15s in his first nine starts. … List (8000) also has consecutive top-10 results in the event. He’s trying to become the first player to successfully defend at Torrey Pines since Woods won four consecutive times from 2005-08.

Readmore : Accused of racism, a French far-right lawmaker gets a 15-day suspension

Our top 13 gifts of the month