The UK Conservatives self-destruction is assured 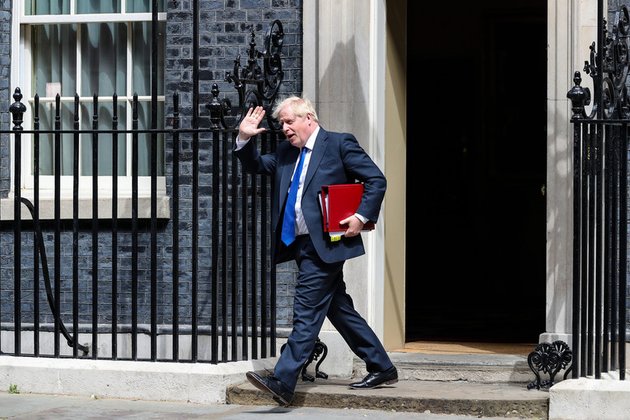 Like many Western conservative parties, the Tories are going through a period of deep division

Liz Truss was finally compelled to resign as UK prime minister late last week. The radical “new era” that she had promised to usher in had lasted a mere 45 days.

You are reading: The UK Conservatives self-destruction is assured

Her downfall came as no surprise to observers of UK politics. Weeks ago, George Galloway told all who would listen that Truss was “as thick as mince in a bottle” – and the historian Dominic Sandbrook said she was “the least impressive person to have become prime minister in my lifetime.” So it proved to be.

Truss’ cabinet was no better. Last week, Tory MP Charles Walker described them as “talentless people” – a charitable assessment under the circumstances. Chancellor Kwasi Kwarteng proved to be just as inept as Truss, and there are simply no words at all to adequately describe Truss’ deputy prime minister, Therese Coffey.

Truss’ exit from politics has only intensified the self-destructive divisions within the UK Tory party that caused Remainers and other elements of the party to depose Boris Johnson earlier this year.

The crisis that is destroying the Tory party intensified dramatically on Sunday night, when Johnson announced that he would not be a candidate in this week’s Tory leadership contest, saying that “You can’t govern effectively unless you have a united party in Parliament.”

How did the Tory party come to be in the extraordinary position it now finds itself – crippled by internal divisions, completely bereft of competent leadership, internally ungovernable, and facing electoral annihilation at the next general election, whenever that may be held?

The answer, in a large part, lies in the economic revolution that has occurred in the global economy over the past 40 years.

This revolution, which is still in progress, involves the transformation of the international economic order from one based on nation-states, industrial production, and fossil fuels to one based on global corporations, new technologies, and renewable energy sources.

This economic revolution – as radically transformative as the first industrial revolution – has been led by a new set of global ruling elites who are rapidly replacing the older nation-state-based elites that had controlled the world order since the end of World War II (if not before).

As all revolutionary elites do, the new global elites formulate ideologies that legitimize the new economic and social order that they are creating. These include globalism, catastrophic climate change, identity politics, #METOO feminism, all forms of political correctness, and, most recently, gender fluidity and transgender rights.

These new ideologies stand in stark contrast to those adhered to by the older nation-state-based elites. They believed in what used to be called traditional nineteenth century bourgeois values – including nationalism, patriotism, the traditional family, individual rights, the rule of law, Christianity, and work ethic.

Readmore : Tory announces key appointments, including councillor who will be responsible for 2026 FIFA World Cup

As the new global economic order and its rulers have progressively displaced the older economic system and its leaders, these antithetical ideologies have clashed with increasing bitterness and intensity. This ongoing conflict has been termed “the culture wars” by some historians.

This clash of irreconcilable ideologies is still taking place in all Western nations. The precise form that it takes differs in each country, depending upon the history and cultural characteristics of each.

At the same time that economies and ideological beliefs in the West have undergone profound revolutionary change over the past 40 years – politics in liberal democracies have also been fundamentally transformed.

Blair’s Labour party and Clinton’s Democrat party are classic examples of this transformation – which often involves a degree of conflict. Hence Keir Starmer’s recent battle with Jeremy Corbyn, who represented the old Labour party, and Hillary Clinton’s conflict with Bernie Sanders, who is an old-style democratic socialist. In Australia, the Labor party has seamlessly made this transition in recent years.

Once social democratic parties complete this kind of political transformation, they become ideologically unified to an extraordinary degree because they rigidly adhere to the beliefs of the new elites. Policy differences continue to exist, but deep-seated divisions disappear entirely. The UK Labour party, for example, contains no equivalent of Tory culture warriors like Kemi Badenoch.

With traditional conservative parties, however, the situation is very different.

These parties tend to be unstable mixes of old and new elites because their economic interests coincide to a considerable degree. Many members of the old guard readily adapt themselves to the new global economic regime – in the same way that a significant segment of the eighteenth-century French aristocracy sided with the bourgeoisie when the French Revolution broke out.

But while elements of the old elites may easily adapt to the new global economic order, many find it much more difficult to adopt the ideological beliefs that are part and parcel of that economic order.

Significant segments of conservative parties still represent the interests of the older elites, and, more importantly, still firmly believe in traditional nineteenth century bourgeois values. That is why the ideological divisions within conservative parties tend to be much more intense.

Hence why the ongoing bitter conflicts within the Tory party over Brexit, climate change, identity politics, and transgender rights – all key “culture wars” issues -simply have no counterpart within the UK Labour party.

Divisions within the UK Tory party are much more intense than those within other conservative parties in the West because only in the UK did the autonomy of the nation-state itself become a political issue – because of former Tory PM David Cameron’s disastrous decision to hold a referendum on Brexit.

In Australia, the conservative Liberal/National party coalition – the equivalent of the UK Tory party – has been torn apart by internal ideological divisions (especially over climate change) and leadership instability for years, which resulted in it losing power earlier this year, after a decade in office. Even so, the coalition continues to exist as a viable political force.

In France, mainstream conservative parties have disappeared altogether in recent years – to be replaced by a new party representing the interests of the new elites (Macron’s En Marche) and a right-wing populist party (Le Pen’s National Rally) representing remnants of the traditional working class and the old middle class, who have nowhere else to go politically.

In America, since the 1990s the traditional Republican Party has transformed itself from a conservative party into a right-wing populist party – controlled by Donald Trump – that appeals to the older middle class and the traditional working class, which have been economically displaced by the new global economic order and abandoned politically by the Democrats.

Where then does this leave the UK Tory party? A few things are tolerably clear.

First, a Trump-style populist transformation of the Tory party in England was never on the cards. If a right-wing populist party is to emerge in the UK, it can only do so after the Conservative Party has ceased to exist.

Second, the deep ideological divisions that have reduced it to a shambles are so deep-seated that they cannot be eradicated. Even Truss’ embarrassing demise has not convinced her supporters – the rabid neo-liberals – that her policies were fundamentally flawed. The Remainer wing of the party that was instrumental in deposing Johnson remains unrepentant, as do the right-wing culture warriors led by Badenoch.

Third, if the party is to survive, even in the short term, it needs a head with real stature and genuine political skills. Rishi Sunak, who has just become the new leader, does not even come close to fitting this bill.

Fourth, the Truss debacle made it clear that there was only one way that the Tory party could avoid electoral obliteration – and that was by electing Boris Johnson leader this week, unpalatable as that may have been for some sections of the party.

Talks between Johnson and Sunak about forming a joint ticket apparently took place over the weekend, but, not surprisingly, failed to result in an agreement. Johnson can now either retreat to the backbench and wait for the collapse of Sunak’s government or resign from politics altogether.

More grim times lie ahead for the Tory party in the next few months. The ludicrous Truss interlude has totally trashed the party’s reputation with voters, and it is unlikely that Sunak will be able to keep the party in power until Christmas.

The Tory party faced a stark Hobson’s choice over the weekend – either elect Boris Johnson as leader or sign its own political death warrant.

So intense and intractable were its internal ideological divisions, however, that the party rejected Johnson and decided to opt for its own political self-destruction.

Opinion: For baby boomers still working, you have nothing to fear but your own insecurities

Former coach denies grooming teen player and then molesting him