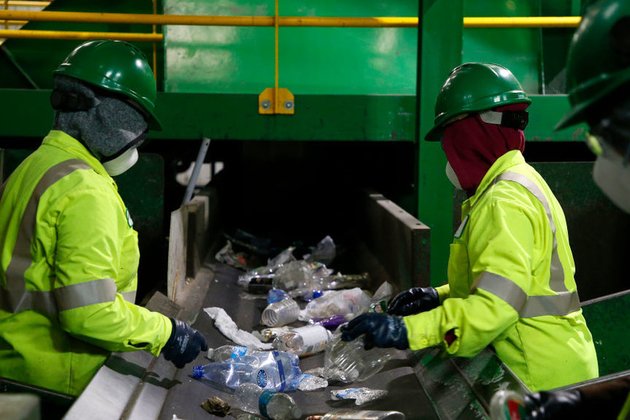 Only 5% of US household waste was recycled in 2021, so ‘systemic changes? are needed, the organization said

Plastic recycling has turned out to be a “failed concept” used by global corporations as a “smokescreen,” Greenpeace USA has said, urging companies to focus on abandoning single-use plastic.

You are reading: Recycling plastic a failed concept Greenpeace

In a report titled ‘Circular Claims Fall Flat Again’ and released on Monday, the environmental organization stated that of 51 million tons of plastic waste generated by US households in 2021, only 2.4 million tons, or 5%, were recycled.

Readmore : Three children among at least 21 killed when bus plunged into canal

“After more than 30 years, it is time to accept that plastic recycling is a failed concept. Unlike with paper or metals, there are two insurmountable barriers that prevent plastic recycling from ever working at scale: toxicity and economics,” Greenpeace said.

Due to its toxicity, plastic cannot be recycled back into new food-grade plastic products, the organization explained, adding that “the flood of 400 million tons/year of cheap new plastic production kills the business case for large-scale investment in plastic recycling.”

The situation is further aggravated by the high costs and complexity of the recycling process, given that different plastics have different characteristics and thus must be treated differently. But, most importantly, the organization said, “thousands of types of synthetic plastic materials produced are fundamentally not recyclable.”

Since peaking at 9.5% in 2014, recycling rates have been steadily decreasing, especially since China ceased accepting Western plastic waste in 2018, the report states.

Therefore, Greenpeace urged companies to stop using the “false path” of plastic recycling as “a smokescreen to divert attention from the systemic changes that are needed.”

“Instead of continuing on this false path, companies in the US and around the world must urgently phase out single-use plastics by replacing their packaging with reuse and refill systems and offering packaging-free products,” it said.

Greenpeace USA senior plastics campaigner Lisa Ramsden told AFP that corporations such as Coca-Cola, PepsiCo, Nestle and Unilever are some of those that have been promoting recycling for decades but have “shirked all responsibility” for the effectiveness of the process.