Queen Consort Camilla looked immaculate as ever to join King Charles on a visit to Bolton Town Hall on Friday last week. The royal looked effortlessly elegant in an ensemble of her favourite pieces that she often recycles for royal engagements.

Most striking was her flattering Anna Valentine cashmere coat in a caramel hue, which she paired with her favourite Aspinal of London ‘Mini Mayfair’ handbag in the shade ‘Amazon Brown Croc’. But did you spot her boots?

The 75-year-old royal donned her trusty Russell and Bromley ‘Dressage’ knee-high boots, which proved to be the perfect footwear to pair with her swish winter ensemble.

Complete with a block heel and concealed zip, these stunning equestrian-inspired boots have become somewhat of a staple in Camilla’s wardrobe. The royal has worn them on several occasions over the years, and they always look just like new. 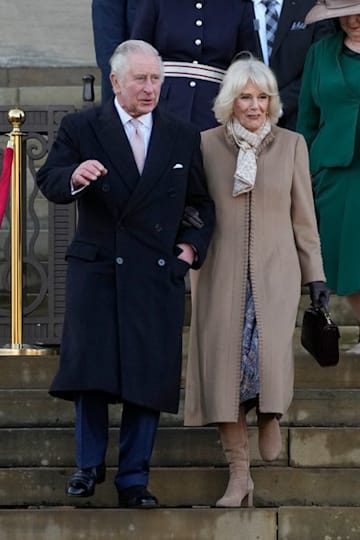 Crafted in Italy from the finest smooth camel suede, these £445 boots certainly don’t come cheap – but we’ve found the perfect lookalikes that are £295 cheaper. 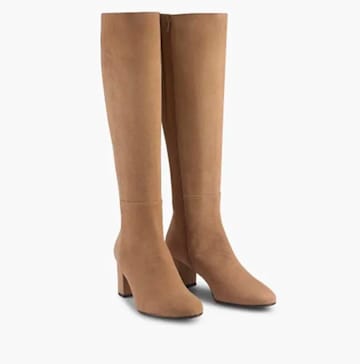 Marks & Spencer have just dropped these statement slip on knee-high boots from Sosandar – and at just £155, we call that a royal bargain. 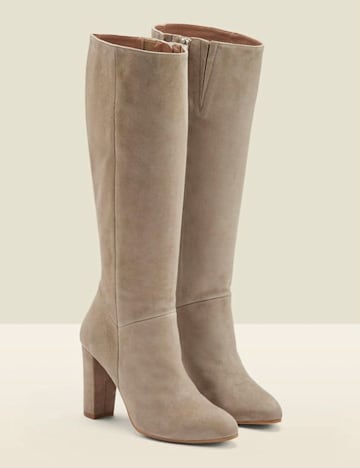 Readmore : Peter Andre’s house struck by lightning with daughter inside as horrified star reveals bricks being ripped from roof

Rock them with any winter coat to elevate your outerwear, or team these block-heel boots with a striking print dress for a royal-inspired day look.

The royal couple’s outing occurred just days before Buckingham Palace confirmed that Queen Consort Camilla will be crowned alongside her husband, King Charles, in a joint coronation ceremony on 6 May.

In a statement, the palace said: “The Coronation of His Majesty The King and Her Majesty The Queen Consort will take place at Westminster Abbey on Saturday 6th May, 2023. The service will be conducted by the Archbishop of Canterbury. As previously announced, the service will reflect the monarch’s role today and look towards the future, while being rooted in longstanding traditions and pageantry.”

to get your weekly dose of royal lifestyle inspiration, from the must-see fashion moments to sneak peeks into royal homes and wellness news.

HELLO!’s selection is editorial and independently chosen – we only feature items our editors love and approve of. HELLO! may collect a share of sales or other compensation from the links on this page. To find out more visit our FAQ page.