Bruins, Canadiens face off for first time this season 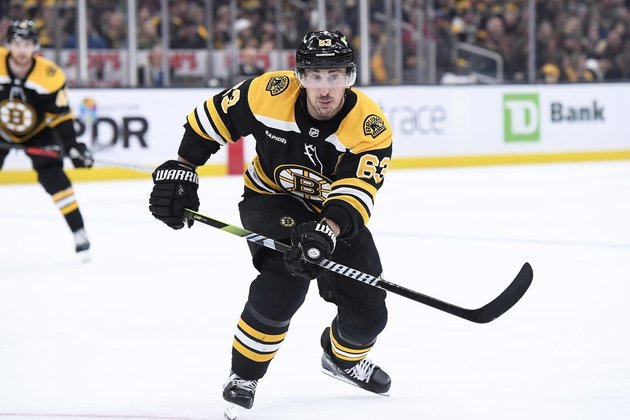 As the month of January nears an end, the Boston Bruins and Montreal Canadiens are getting set for their first meeting of the season.

You are reading: Bruins, Canadiens face off for first time this season

Though they enter the game bookending the Atlantic Division standings, both teams are in the midst of strong stretches. First-place Boston has won five straight and nine of 10, while last-place Montreal is on a 5-3-0 run.

Following Sunday’s 4-0 shutout win over San Jose, the Bruins are embarking on a five-game road trip that leads into the NHL All-Star break and the team’s bye week.

“I thought it was a really good game,” Bruins coach Jim Montgomery said. “I don’t know if we gave up an odd-man rush, but I thought our best defense was our offense, our offensive-zone possession game. Our defensemen kept a lot of pucks alive and were really aggressive.”

Bruins defensemen have scored goals in five straight games and six of the last seven, with the consecutive run marking the team’s longest since 2014.

Readmore : Column: Stashing cash for a rainy day isn’t as easy as it sounds for California government

Charlie McAvoy and Hampus Lindholm added to their tallies with highlight-reel goals while also registering an assist apiece against the Sharks.

Although David Pastrnak found the net in the third period with his 14th power-play goal, the blueliners agree that taking the load of the team’s top scorers is important.

“If you could put it in the back of the net every game, you would, but it’s a league with good players … so it’s not as easy as it looks,” Lindholm said. “It’s fun that we can create some offense and take some load off of Pastrnak and (Brad) Marchand so they can get a little night off.”

With McAvoy’s game rounding into form two months following his return from shoulder surgery, forward Jake DeBrusk is inching closer to coming back from multiple injuries that occurred during the Winter Classic on Jan. 2.

“He’s got to check boxes to come back, so we don’t have a timeline right now,” Montgomery said. “We would like him to be back before the All-Star break but we’re not gonna push that with that break coming.”

The Bruins will have an extra body on the road, as forward Marc McLaughlin was called up from AHL Providence on Monday.

Montreal’s injury news was not positive after Saturday’s announcement that Cole Caufield will have season-ending shoulder surgery. The Canadiens responded with a 3-2 overtime win over Toronto that night.

Scoring the winner 2:14 into the extra session was Rem Pitlick, who has goals in the last two of his three games since being recalled from AHL Laval.

“I think (the celebration) was big because we were down 2-0 early in the game and we fought,” Canadiens coach Martin St. Louis said. “I think it makes the boys believe. We need everyone to keep the train going. Sometimes you lose key guys, but the train has to keep going.”

Josh Anderson scored for a third straight game and reached the 50-goal mark as a member of the Canadiens.

Rafael Harvey-Pinard netted his first of the season after scoring one goal in just four games a year ago.

“I just thought there was no quit out of our team,” Anderson said. “Especially when you’re down 2-0 with a team like that that’s got a lot of offensive power. We just stuck together in this locker room and came together and competed.”

Sam Montembeault has started in goal each of the Habs’ last seven games, winning three of the last four.

Tuesday’s game marks the third on a five-game homestand for Montreal.

Editorial: Two misconceptions and a truth about the U.S.-Mexico border