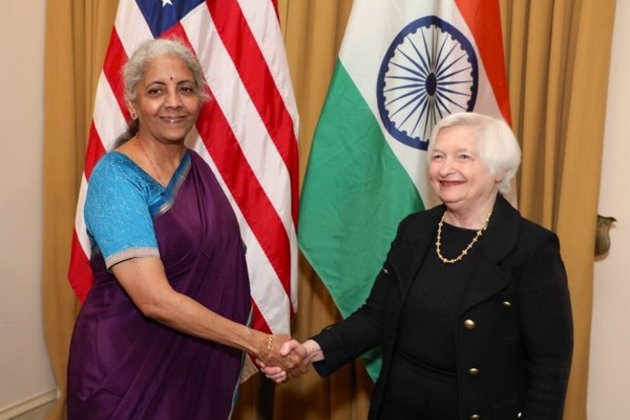 “FM Smt. @nsitharaman invited Ms @SecYellen to India in November to attend the U.S-India Economic and Financial Partnership meeting. This will be Secretary Janet Yellen’s first visit to India as Treasury Secretary,” the ministry added.

In her opening remarks, Yellen said she will take her first trip to India as Treasury Secretary to attend the US-India Economic and Financial Partnership.

“I am glad to announce today that in November ahead of the G20 meetings, I will take my first trip to India as Treasury Secretary, to attend the U.S-India Economic and Financial Partnership, our ninth Partnership meeting,” she said.

Underlining the importance of the US-India economic ties, the US Treasury Secretary said the relationship between the two countries demonstrates to the world that democracies deliver.

“It illustrates the close bonds between our two countries, from the Quad partnership to our strong bilateral economic relationship, and the cultural ties from the Indian diaspora in the US,” Yellen said.

Sitharaman is on an official visit to the United States. During her visit, she will be attending the Annual Meetings of the International Monetary Fund (IMF) and the World Bank, the G20 Finance Ministers and Central Bank Governor (FMCBG) Meetings.

Readmore : Many veterans are landing jobs, but the transition can be tough

Besides her meeting with Yellen, the finance minister will also participate in bilateral meetings with several countries, including Japan, South Korea, Iran, Saudi Arabia, Australia, New Zealand and Germany.

Before meeting Yellen, Sitharaman interacted with leading scholars of a Washington-based think tank on various issues relating to the global economy and development. She spoke on “India’s Economic Prospects and Role in the World Economy.”This high-level visit to the US and a series of meeting with ministers of top economies of the world come ahead of India’s G20 presidency next year.

During her interaction with the Washington-based think tank, Sitharaman noted the unique role that the G20 grouping plays on the world stage.

“G20 has a great potential to work towards global good and global when I say public good, will also have to be made far more strengthened,” the minister said.

10/3 podcast: Canada failing to address Chinese influence in our elections