US ‘Concerned’ About Threat of Iranian Attack on Saudi Arabia 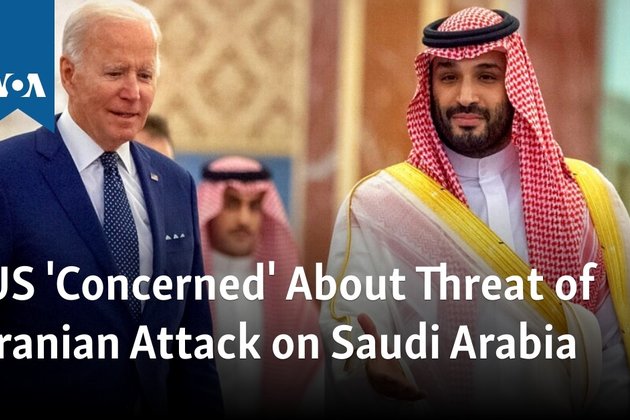 ‘We are in constant contact through military, diplomatic, intelligence channels with the Saudis, and we won’t hesitate to act in defense of our interests and our partners in the region,’ State Department spokesman Ned Price told reporters.

You are reading: US ‘Concerned’ About Threat of Iranian Attack on Saudi Arabia

The Associated Press and Wall Street Journal reported Tuesday that Saudi Arabia had shared intelligence with the United States about a potential attack.

Pentagon press secretary Brigadier General Pat Ryder said in response to a question about the reports that U.S. military officials ‘remain concerned about the threat situation in the region.’

Readmore : Boy, 11, ‘who lit up every room’ killed in crash with bus while out on bike

‘We’re in regular contact with our Saudi partners, in terms of what information they may have to provide on that front,’ Ryder said. ‘But what we’ve said before, and I’ll repeat it, is that we will reserve the right to protect and defend ourselves no matter where our forces are serving, whether in Iraq or elsewhere.’

Some information for this report came from The Associated Press and Reuters.