Tourism is flourishing in Jammu and Kashmir, highest number of tourists visited state this year 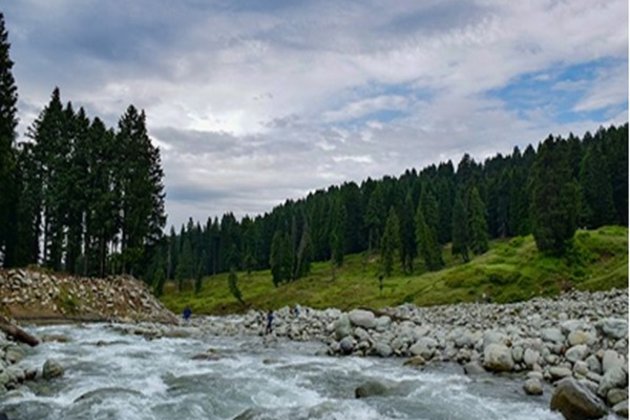 After three decades, Kashmir is attracting lakhs of tourists and officials say that it is the return of the golden era of Kashmir tourism.

You are reading: Tourism is flourishing in Jammu and Kashmir, highest number of tourists visited state this year

The record number of tourists, who visited Jammu and Kashmir this year, testify to the overall development and change that has taken place in the Union Territory, officials noted.

Recently, a comprehensive Film Policy was launched to attract filmmakers for shooting after decades and within a year of notification of this policy, as many as 140 shooting permissions for films and web series have been issued. Soon, a film studio will be launched with state-of-art facilities. This, besides providing new opportunities to the young talent of Jammu and Kashmir, shall boost the business ecosystem of the Union territory.

“Various other models and schemes are also being launched to promote tourism here. 75 offbeat tourist destinations are also being developed in Jammu and Kashmir as part of Azadi ka Amrit Mahotsav celebrations”, the official statement further read.

Readmore : What the British Monarchy Really Does—And How Onerous It Would Be To Abolish It

A record-breaking 20.5 lakh tourists, including 3.65 lakh Amarnath Yatris, visited Kashmir in the first eight months of this year, drawing visitors from all over the nation to the gorgeous and picturesque Valley. The 2 million tourists represent an all-time high tourist footfall for Kashmir valley. The tourist sites like Pahalgam, Gulmarg, and Sonamarg as well as all hotels and guesthouses in Srinagar experienced 100 percent occupancy.

The tourism sector in Jammu and Kashmir is being developed as per the vision of sustainable development goals. Besides, dedicated focus is also being given to strengthening the hospitality segment and establishing a robust tourism infrastructure system.

The government is working towards developing state-of-art resources through public and private investment. Jammu and Kashmir Government has adopted a five-pronged approach for the effective transformation of the tourism potential of JK. A comprehensive mechanism is being laid down to provide the best facilities to corporate golfers, tourists, and food connoisseurs.Despite setbacks faced due to the Covid pandemic, the UT administration has taken sufficient steps for the revival of tourism in JK and for providing employment to individuals associated with the sector.

Notably, a number of policy interventions have been made to provide financial support to various stakeholders associated with the tourism sector. (ANI)