There he is! Khloé Kardashian‘s baby boy joined the party when the family gathered at a Halloween celebration on Sunday.

15 times the Kardashians slayed Halloween with the most epic costumes

You are reading: Khloe Kardashian shares rare pic of her baby son at family celebration

The Kardashians star, 38, posted a pair of photos on Instagram showing her daughter, True Thompson, 4, holding her little brother, whose name has yet to be revealed.

“Owlette and Tigger aka True and Baby Brother. (Shhhhh…. But I can’t wait for Halloween to be over),” she captioned the photos that showed True dressed in a PJ Masks costume, while the 3-month-old baby, who was wearing a furry outfit and cute little sneakers. (Sadly his face wasn’t visible in the pics.)

Kardashian’s immaculate $17m mansion is another level of organized

Khloé and her ex Tristan Thompson welcomed their second child via a surrogate on July 28. She spoke about her new baby for the first time in an interview with Elle magazine the following month. 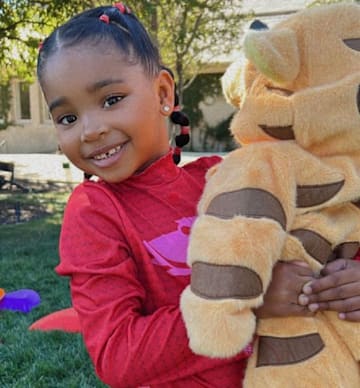 “I know it’s cliché, but I love everything, even the hard parts,” she said of motherhood. “I [my kids] challenge me as a person, and being able to shape little people into really incredible big people is an honor and a gift.” 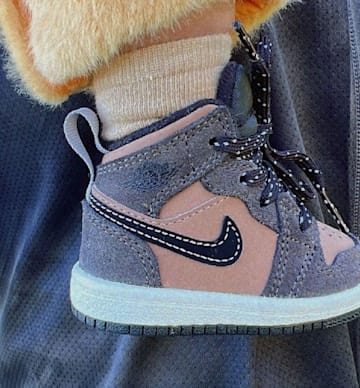 “We have to take those roles seriously, especially in today’s day and age, with how much accessibility children have and the information they’re exposed to so young,” she continued. “It’s super scary, but I take my job very seriously. I love it so much.”

The season 2 premiere of The Kardashians gave fans a glimpse into the end of Khloé’s relationship with the NBA star in December 2021, after she found out that he’d fathered a child with another woman. Shortly before their breakup, Tristan and the Good American designer had gone ahead with their plans for baby no. 2, and the surrogate got pregnant with an embryo transfer around Thanksgiving.

“I was definitely very angry and feeling bamboozled,” Khloe said in the episode, which was released on Disney+ in September. “It was just a great thing I thought to expand our family, thinking it was this real, healthy, loving, protective type of family.”

Khloé held off announcing the pregnancy until shortly before her son was born, saying on the show, “I don’t even want to cry. Tristan and I are — I don’t even know if I want to say Tristan and I. I am having another baby, and obviously it’s just really private and I just don’t want this to get out right now because I want to protect my mental well-being as the surrogate’s, and all of that. It’s just been a lot to go through all at the same time.”