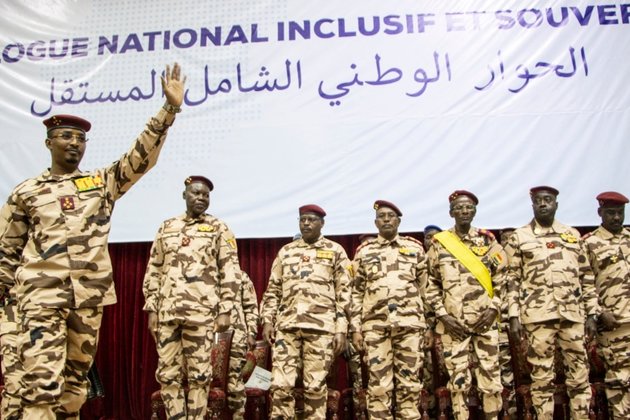 Nairobi, Kenya – The push for democracy in Chad suffered a setback last weekend, when a political forum organized by military rulers postponed elections for another two years.

An 18-month political transition led by Mahamat Idriss Deby was supposed to end this month.

Instead, it’s been prolonged after a national dialogue forum last weekend adopted resolutions that push back elections by two years and authorize Deby to run for president.

Cameron Hudson, a senior associate at the Center for Strategic and International Studies in Washington, told VOA he wasn’t surprised by the developments but called the conference a missed opportunity to move Chad in a more democratic direction.

“From the outset this was not a national dialogue that met the stated goals of the junta itself, which was to be inclusive and representative of the broadest views of Chadians; it was not that,” he said. “So, when it wasn’t that it became clear that it was going to essentially reaffirm the junta’s position and hold on to power.”

Danny Ayida, a senior regional director for the U.S.-based National Democratic Institute, said he was concerned that opposition voices in Chad are being left out of the conversation.

“If you take the opposition group in Chad, the political party “les transformateurs,” it’s one of the most important one,” he told VOA while on his way to the Chadian capital, N’Djamena. “If you see the ways they mobilized the country, I think they should be part of what’s going on.”

Ayida said this was not a good thing for democracy in Chad.

“We are trying on our side as an international organization supporting the transition to understand what they can do because democracy is important,” he said. “Also, Chadians need now more support from the international community to help them deal with this crisis. Now is also time for Chad to deal with some reforms that would allow the country to organize fair and transparent elections.”

Another decision that came out of the forum now allows Deby to run for president, contrary to what had been talked about when he became interim leader.

Hudson said Deby is not a lone actor and there could be a number of reasons for that change.

“My understanding is that Deby doesn’t just represent the Deby name, the family legacy,” he said. “He also represents the Zaghawa tribe which has many, many influential people in power, in business, in government, and in the military…. And to some degree he’s captured by that group and under enormous pressure from that group to maintain the status quo and to maintain Zaghawa dominance over the political, economic and security affairs of the country.”

Meanwhile, some people feel the current international pressure on Chad’s rulers is not strong enough. But there may be a reason for that, said Hudson.

“I think we have to remember two things about Chad right now,” he said. “One is, Chad remains one of the more capable counterterrorism forces in the region battling both the Islamic extremist forces that are in both in Burkina Faso and Mali now as part of the G5 Sahel and also continue to do battle with Boko Haram and those forces in the Lake Chad basin so it’s maintaining a very strong security posture that the West really rely heavily on. So, there is a sense that as long as they continue to perform that function that we should not rock the boat internally and push for more rapid or aggressive democratic reforms inside of Chad.”

That, Hudson said, may hold back a country that was ruled with an iron fist for decades transition to a more democratic and inclusive society.