Toronto police have arrested a suspect who allegedly duct-taped two men in a west-end apartment in a botched armed robbery attempt more than five years ago.

Mark Anthony Stephenson, 28, of Toronto — who’s been wanted on a Canada-wide warrant since 2018 — was stopped for speeding by police in Durham on Oct. 25 and taken into custody.

Stephenson, who police said also goes by the name Anthony Bennet, has been at large since the 2017 attack at a condo building in the city’s Swansea neighbourhood.

Officers were first called to a shooting in the area of The Queensway and Windermere Avenue on March 27 of that year. When they arrived on scene, they located two men, 27 and 23, in the apartment.

Prior to the shooting, investigators with the Toronto Police Service’s Hold Up Squad alleged, an unknown man carrying a clipboard knocked on the apartment door, and said he was there to inspect the unit’s ventilation.

The man brandished a handgun and forced his way inside, police said at the time. At that point, the man duct-taped the two men and placed them in the apartment’s washroom while he searched the unit, according to police.

As the suspect searched the apartment, he made several demands for money, police said. Then, one of the victims freed himself, and rushed the suspect.

A struggle followed and the suspect fired his handgun, which grazed the victim’s head and struck him in the hip, police said.

The suspect then fled the apartment.

A Canada-wide arrest warrant was issued for Stephenson, then 23 years of age, by Toronto police on Feb. 1, 2018. 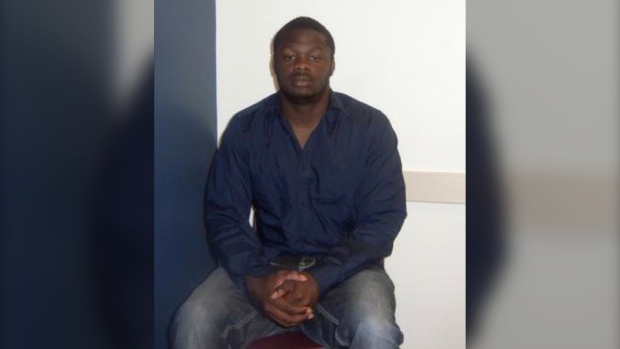 He’s facing two counts of robbery with firearm, two counts of forcible confinement, discharge firearm with intent, possession firearm contrary to prohibition order in addition to a number of other charges.

Stephenson was scheduled to appear in a Toronto courtroom on Wednesday.